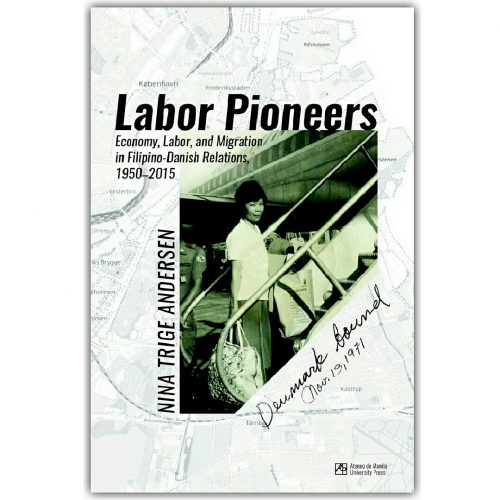 They call themselves The Filipino Pioneers, the generation of workers who came to Denmark from 1960 to 1973. It was the era of European “guest worker” recruitment that in Denmark ended in November 1973, when the government adopted a so-called immigration stop. At the same moment, however, the Philippine government was in the process of creating a labor export program. Despite the immigration stop, Denmark was, by the end of the 1970s, on the list of countries served by the new Overseas Employment Development Board, which was already deploying Philippine workers to more than one hundred countries. During the second half of the twentieth century, labor markets and forms of migrations were reconfigured through global entanglements as well as local events. Labor Pioneers traces the lives of Filipina workers in Denmark from the 1960s until today and situates their trajectories within a history of labor trading policies crafted in the twentieth century by local officials, authoritarian rulers, trade unions, and international organizations.