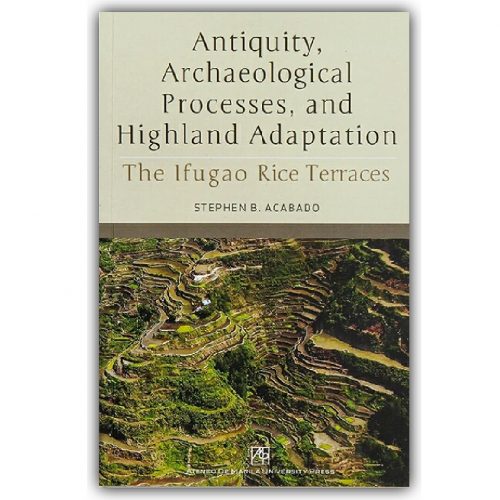 For nearly 100 years, academics and the lay public have quarreled over, debated, and investigated the antiquity of the Ifugao rice terracing system of the Cordillera Central in the Philippines. Though they have been long argued to be some 2000 years old and a massive building challenge, we now gain solid evidence that they initially predate, at best, a short time before the Spanish appearance in the archipelago. Dr. Acabado’s research findings force a rethinking of the entire late prehistory and early history of the Philippines and provide the theoretical foci for a more sophisticated archaeology. The book will be of interest to Philippine scholars of many disciplines and to archaeologists concerned with agricultural intensification and landscape engineering throughout the Asian tropics. – Dr. P. Bion Griffin, University of Hawaii