You Shall Be As Gods: Anting-anting and the Filipino Quest for Mystical Power, 2nd Edition 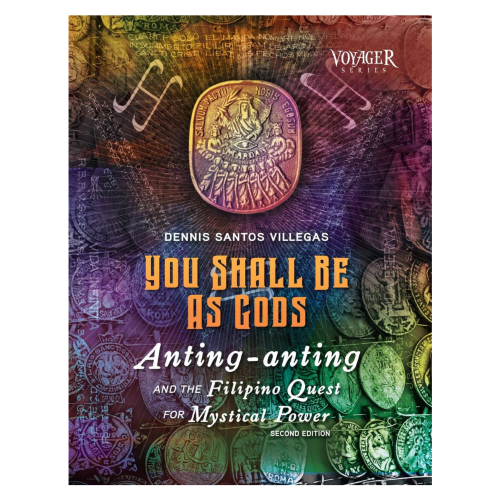 To many Filipinos, the anting-anting is more than simply a protective talisman or good-luck charm. It is part of an elaborate system of beliefs that has evolved over centuries, synthesizing the animist spirituality of ancient precolonial Filipinos with the Catholic doctrines brought by Spanish colonizers. In times of colonial rule, fervent belief in the anting-anting’s mystical properties was a way for the oppressed to rise and stand equal to their oppressors. Over time, it became a way for ordinary Filipinos—particularly the poor and downtrodden—to assert power over their own destinies. Today, this belief system continues to manifest itself in daily life with its complex hierarchies, manifold trials and rituals, dense symbolism, and flights into mysticism and the unknown.

You Shall Be As Gods, the inaugural book of the Voyager series, explores the many variations of belief in the anting-anting and its role in Philippine history, culture, and psychology. The author Dennis Villegas won the confidence of dozens of the most important anting-anting users and its spiritual leaders to delve deep into the origins of various faith communities in the country.

This second edition contains two new chapters: one on the role of women in organized religion and another dedicated to the categorization of anting-anting. This book is the triumphant result of in-depth research coupled with the derring-do of first-person gonzo journalism.