The Promise of the Foreign: Nationalism and the Technics of Translation in the Spanish Philippines 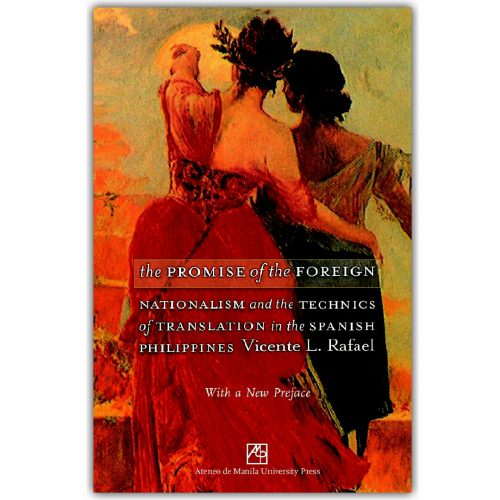 In The Promise of the Foreign, Vicente L. Rafael argues that translation was key to the emergence of Filipino nationalism in the nineteenth century. Acts of translation entailed technics from which issued the promise of nationhood. Such a promise consisted of revising the heterogeneous and violent origins of the nation by mediating one’s encounter with things foreign while preserving their strangeness. Rafael examines the workings of the foreign in the Filipinos’ fascination with Castilian, the language of the Spanish colonizers. In Castilian, Filipino nationalists saw the possibility of arriving at a lingua franca with which to overcome linguistic, regional, and class differences. Yet they were also keenly aware of the social limits and political hazards of this linguistic fantasy.