More Hispanic Than We Admit 3 (HB) 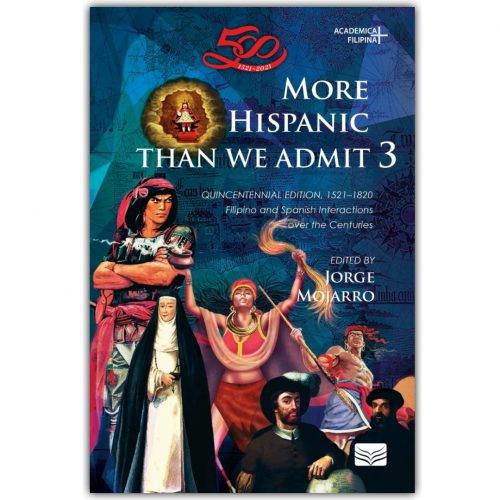 Edited by Jorge Mojarro
With a foreword by María Dolores Elizalde
Published by Vibal Group, Inc., ©2020.

The book balances hegemonic narratives with meticulous research using primary documents in order to reveal the once heretofore hidden Filipino responses to Spanish incursion—whether it be cooptation, acculturation, or outright resistance. Richly illustrated with prints, maps, and archival documents, More Hispanic than We Admit 3 serves as an important contribution to the continuing study of the Hispanic record as well as its legacy, the Hispano-Filipino identity while foregrounding native agency during the early and foundational stages of Spain’s imperial project.