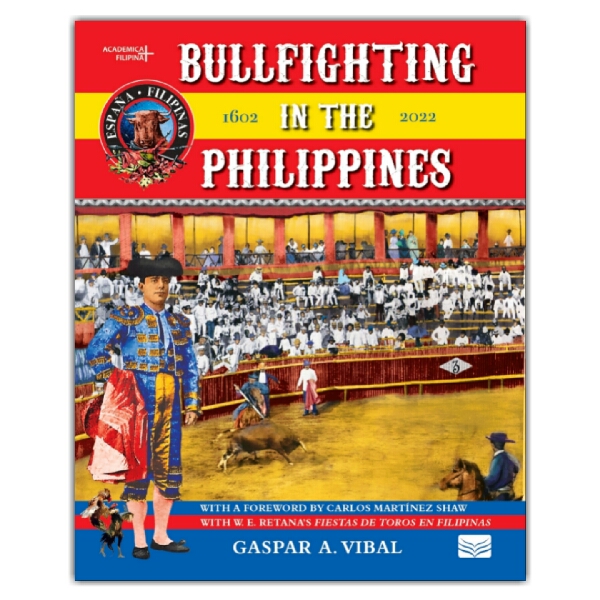 This book sheds light on the very obscure Philippine branch of a celebrated Iberian tradition that has linked Spain and the Philippines for over four centuries. It pairs the pioneering work of the Spanish writer Wenceslao E. Retana (1896) with recent academic research to demystify bullfighting as practiced in the farthest colony of Spain. Although the forty-eight years of American occupation caused the taurine art to decline eventually, it found a Philippine resurgence under the championship of Pres. Ramón Magsaysay, who, in celebrating the tenth anniversary of the republic, startlingly foregrounded the performance of a doubly marginalized figure—that of an American woman bullfighter—at the last Filipino fiesta de toros.

In attempting to paint a comparative history of bullfighting in Spain and the Philippines, the book locates the marginality of its Philippine practice within the larger context of another blood spectacle—cockfighting—that has historically impeded the wider acceptance of taurine practices. Running as a thread throughout the book is the battle over the treatment of animals, which has haunted the art of bull- as well as cockfighting from the sixteenth to the twenty-first century.

Reflecting these counter-opposed attitudes, this book documents the shifting arguments in the defense of or the indictment of bullfighting. If indeed, the taurine tradition can be considered a “cultural performance,” using the concept of cultural anthropologist Clifford Geertz, what can we make of another deep-seated Philippine tradition, that of cockfighting? If the cock- and bullfight are cultural performances, for whom and why, then, are they being performed? Can both enjoy protection as cultural patrimonies just as UNESCO had inscribed the practice of falconry as an Intangible Cultural Heritage of Humanity? Thus, the comparative study of bull and cockfighting can provide an endless source of contemplation on the mysteries of the human condition as well as its propensity for mass spectacles of bloody combat.

In wanting to address a general rather than a specialized readership, the book has trained a multidisciplinary prism on the subject, using the lenses of the fine arts, architecture, theater, literature, cultural anthropology, zooarchaeology, science, philosophy, biography, transnational zoopolitics, and comparative history. Enriched with over 200 images, a bilingual taurine glossary, a global timeline, a “Who’s Who,” and the translation of Wenceslao E. Retana’s classic Fiestas de Toros en Filipinas (1896), this book provides not only a comprehensive vade mecum of Spanish and Philippine taurine history but also an entertaining literary journey through animality and humanity.