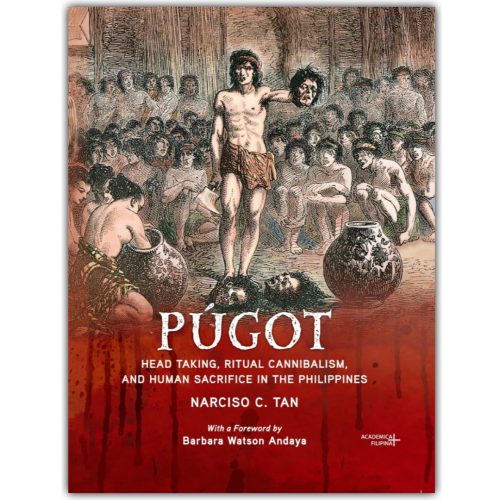 Prior to the introduction of Islam and Christianity, deeply held religious beliefs led various Philippine communities to sanction ritualized forms of violence―human sacrifice, cannibalism, and head taking. Today, many Filipinos see these practices as “primitive,” “barbaric,” or pertaining only to so-called “tribes” and not related to the national dynamic. Púgot: Head Taking, Ritual Cannibalism, and Human Sacrifice in the Philippines forces Filipino readers to contemplate and confront the not-so-ancient past, when their ancestors sported loincloths, battle gear, and talismans, and participated in violent community-wide celebrations and rituals. The book also reveals these practices not in isolation, but as part of the wider Southeast Asian and Austronesian milieu. The multilingual primary and secondary texts used for this work are sourced from across centuries and disciplines, including thirteenth to eighteenth-century Chinese records, Spanish-period missionary chronicles, and European and American ethnographies from the late nineteenth to early twentieth century, as well as folkloric accounts and epics. Encyclopedic in its approach and comparative in its analysis, this ambitious book weaves together historical data and archaeological studies with traditional myths, legends, and songs, to create a seamless narrative of some of the most misunderstood aspects of Philippine culture and to shed light on early modern cultures of violence.

The author takes us on a journey back in time to revisit Philippine culture and society when the ancient Filipino practices of human sacrifice, ritual cannibalism, and head taking became suppressed and ultimately erased in the peoples’ collective memory, particularly in the lowlands. Púgot is the first comprehensive investigation into these ancient Filipino practices. It is an immensely valuable piece of work!