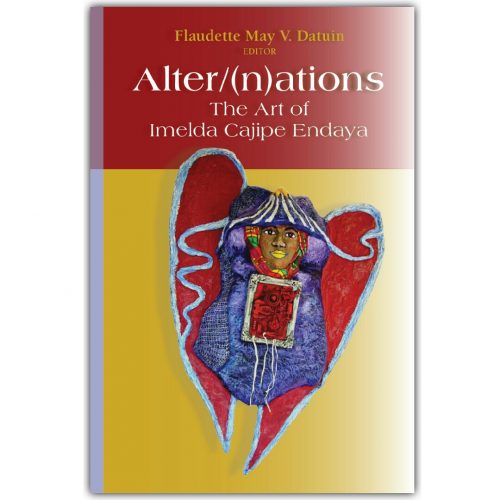 By Flaudette May V. Datuin
Published by University of the Philippines Press, ©2010.

This monograph includes six essays that offer different readings on the inextricable relationship between the life and art of Imelda Cajipe-Endaya (b. 1949). Known for her prints, paintings, and mixed-media works that comment on social issues, Cajipe-Endaya began her lifework as an artist and cultural activist in the late 60s, as a student in the University of the Philippines. Her early works were inspired by photographs and illustrations of Filipinos in native costumes during the Spanish colonial period. One of the co-founders of the women artists’ group Kasibulan, her later works focus on the role of women in history and social change.