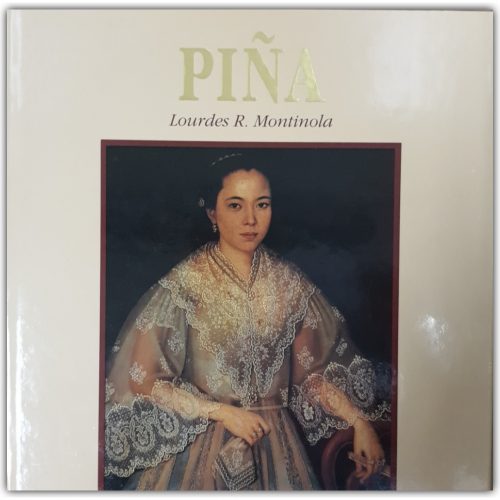 Piña, the fabric woven from the fine fibers stripped from the leaves of the pineapple plant, has been produced in the Philippines since the sixteenth century. Its exquisite delicacy has drawn the administration of Filipinos and foreigners, who have considered it a worthy gift to dignitaries and royalty, as well as a valued heirloom to hand down within families and preserve in museums.

This book explores the world of piña its source and origins, the process of its making, its history as a fabric and as craft, its uses, its artistry, the regard in which it has been held — in effect its past, its present and its future. The book gathers through history the threads that gave being to piña: the tradition of weaving in the Philippines, the administration for embroidery in Spain, the climate that made translucence in fabric a virtue, the aesthetics that made the fine handwork a treasure. It views all these against the current trend toward machines, speed and mass production, and also against the renewed respect for the natural and the handmade.