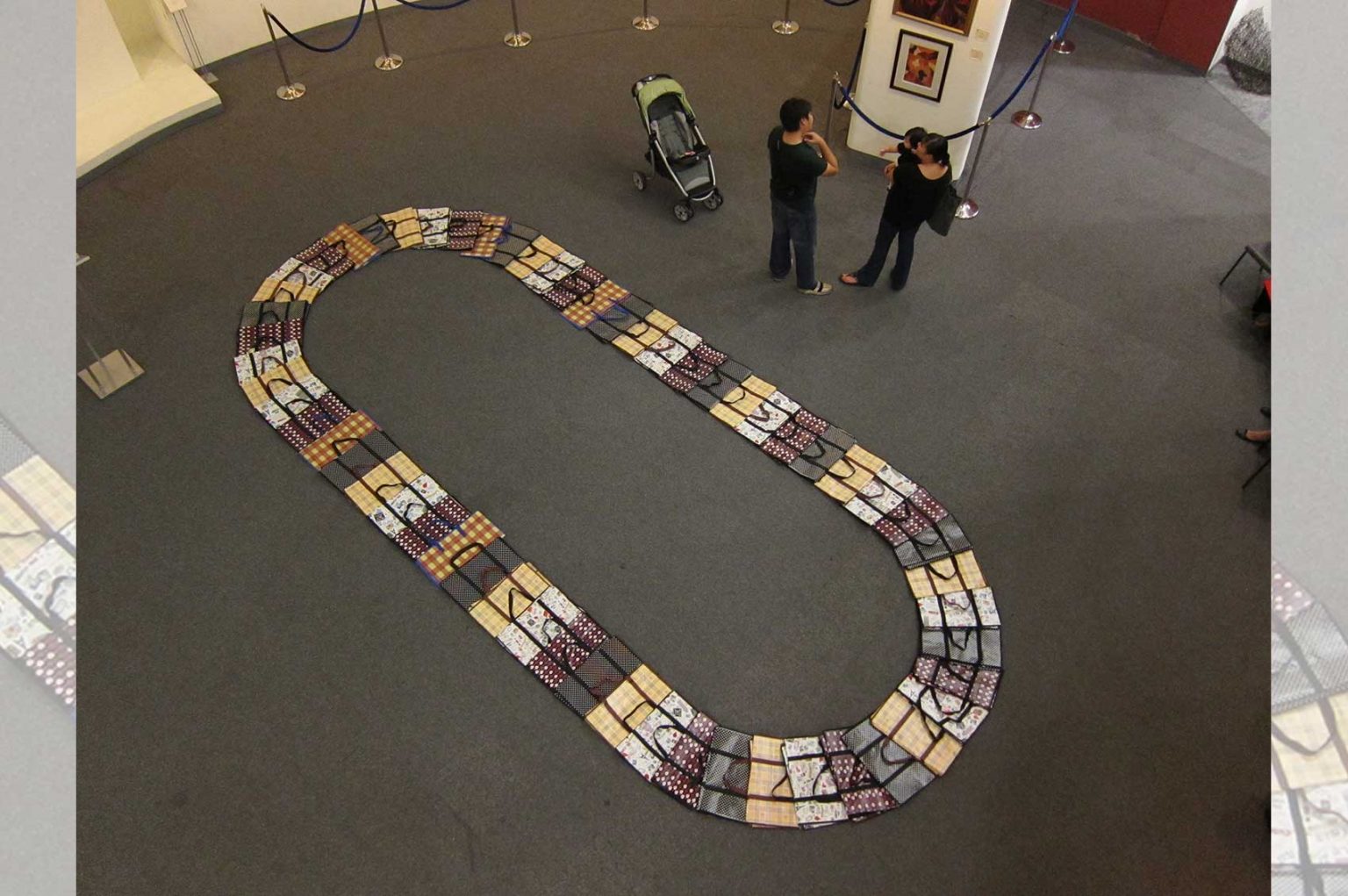 Nothing to Declare is a multi-pronged, multi-venue, and multi-media international art project on contemporary discussions on migration conceptualized by Flaudette May Datuin, Precious Leaño, and Josephine Turalba.

The exhibits feature 50 artists from 18 countries whose artworks were selected by a Curatorial Board headed by Flaudette May Datuin from more than 100 submissions that responded to a call for proposals in 2010.

Nothing to Declare aims to contribute to discourse on migration—movement not just of people across borders, but also of forms and realities across time and space. The project focuses on those who have nothing to declare—those whose marginality is source of intervention and strength, of subterfuge and resistance, of constraint as well as change.

The works on exhibit were selected not just on their content and meaning, but on their experience, effect, and resonance with museumgoers.

In brief, Nothing to Declare revolves around the following interrelated themes:

The overarching concept of the Yuchengco Museum leg of Nothing to Declare is built around an abandonment of personal territorial limits. Each artist will be enjoined to open up to the notion of an overall installation that blurs authorial contours and exclusive claims to space. In the case of already extant works previously installed in other spaces, this will also be an attempt to reconfigure these works with respect to their original intentions but also respond specifically to the site and proposed dialogue between the highly individuated and synergistic whole. The exhibition then is intended as an exercise in communing and immersion amongst other intentions to be negotiated with.

At the Yuchengco Museum exhibit, 27 artists are working on a range of media—from painting, drawing, and photography to video, sound, and installation. Some of the works involve performance art, as well as collaborations with local artists and workshops with communities.

Nothing to Declare comprises a series of three exhibits at the: