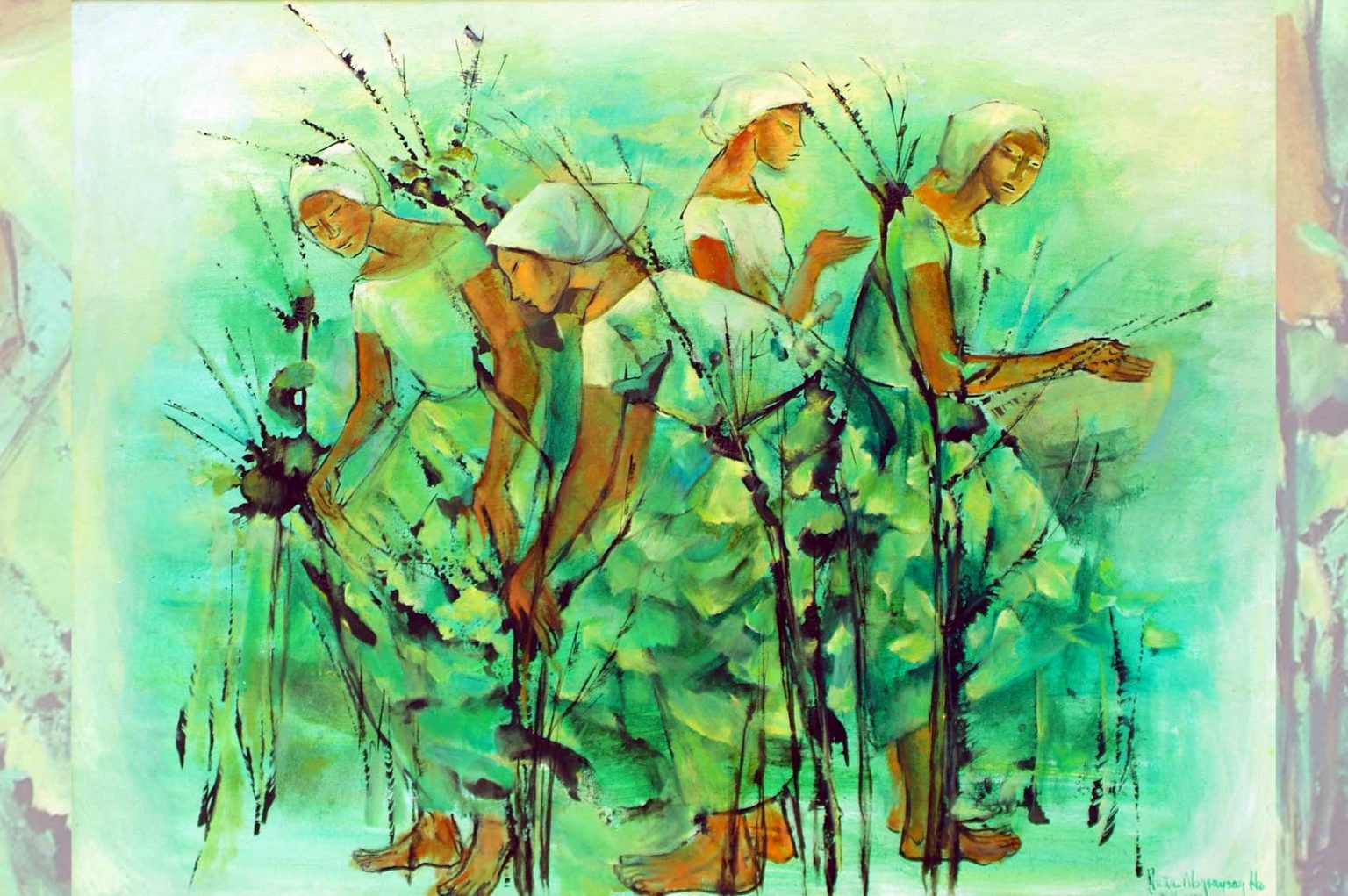 The Yuchengco Museum highlights Tsinoy artists and designers through a special exhibit titled Full Circle: Creativity Moving Through Generations. The group exhibit brings together five families of Chinese Filipino artists whose works highlight the flow of creativity from one generation to the next.

The exhibit presents the artistic expression of an older generation of Tsinoy artists and designers juxtaposed against the art and designs of their sons and daughters. The show also looks at the artists’ distinct works created within the context of their individual times and personal pursuits, but linked through family ties and philosophies of creating and artmaking.

The paintings of first Filipina modernist Anita Magsaysay Ho from the Yuchengco Museum collection are paired off with drawings by her daughter, Doris Ho, and paintings by Anita’s son, Robert Alexander Ho. Acclaimed Cebu furniture designer Betty Cobonpue pioneered the use of natural materials for furniture, which her son, Kenneth Cobonpue, now brings to the design capitals of the world, with his cutting-edge, minimalist, and organic shapes. Salvacion Lim Higgins or Slim was “the” fashion designer who reigned supreme in ‘50s to ‘80s high society. Her couture shares the exoticism, exuberance, and colors of cross-cultural influences of the paintings of her son, Mark Lewis Higgins.

Traces of the painterly creativity of superb magical realist Agustin Goy find expression in the paintings of his daughter, Anna Mari Goy, and in the illustrations and graphics of his daughter, Abi Goy. The Syjuco artist family, headed by conceptual artist, poet, and critic Cesare Syjuco (who was active in the alternative art scene of the ‘70s and ‘80s) and his equally expressive wife, performance artist Jean Marie Syjuco, bring forth a new generation of creatives. Daugthers Michelline and Beatrix—both visual artists—and Maxine, a poet, join their parents.

Full Circle highlights a younger generation of artists taking inspiration from an older generation, with traces of either conformity or negation.