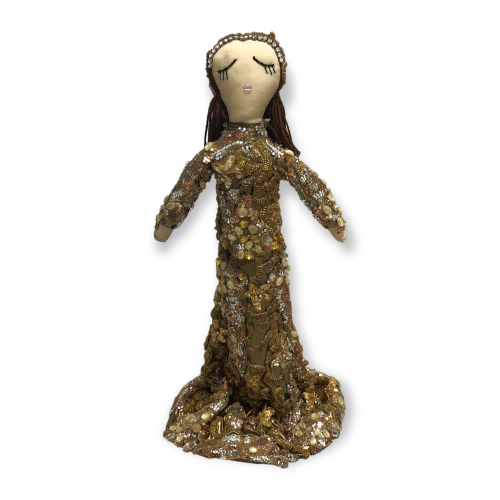 The Tarhata doll was inspired by Philippine royalty. Tarhata Kiram was a Muslim princess from Mindanao who broke the barriers for Muslim women in 1924 when she went to study in the US.

I wanted to celebrate her by naming a doll after Tarhata and using her as an inspiration for the gown, which is fully embroidered with golden pearls and golden beads. This doll is meant to be a celebration of the pre-Hispanic gold in the Philippines.

Only 1 left in stock