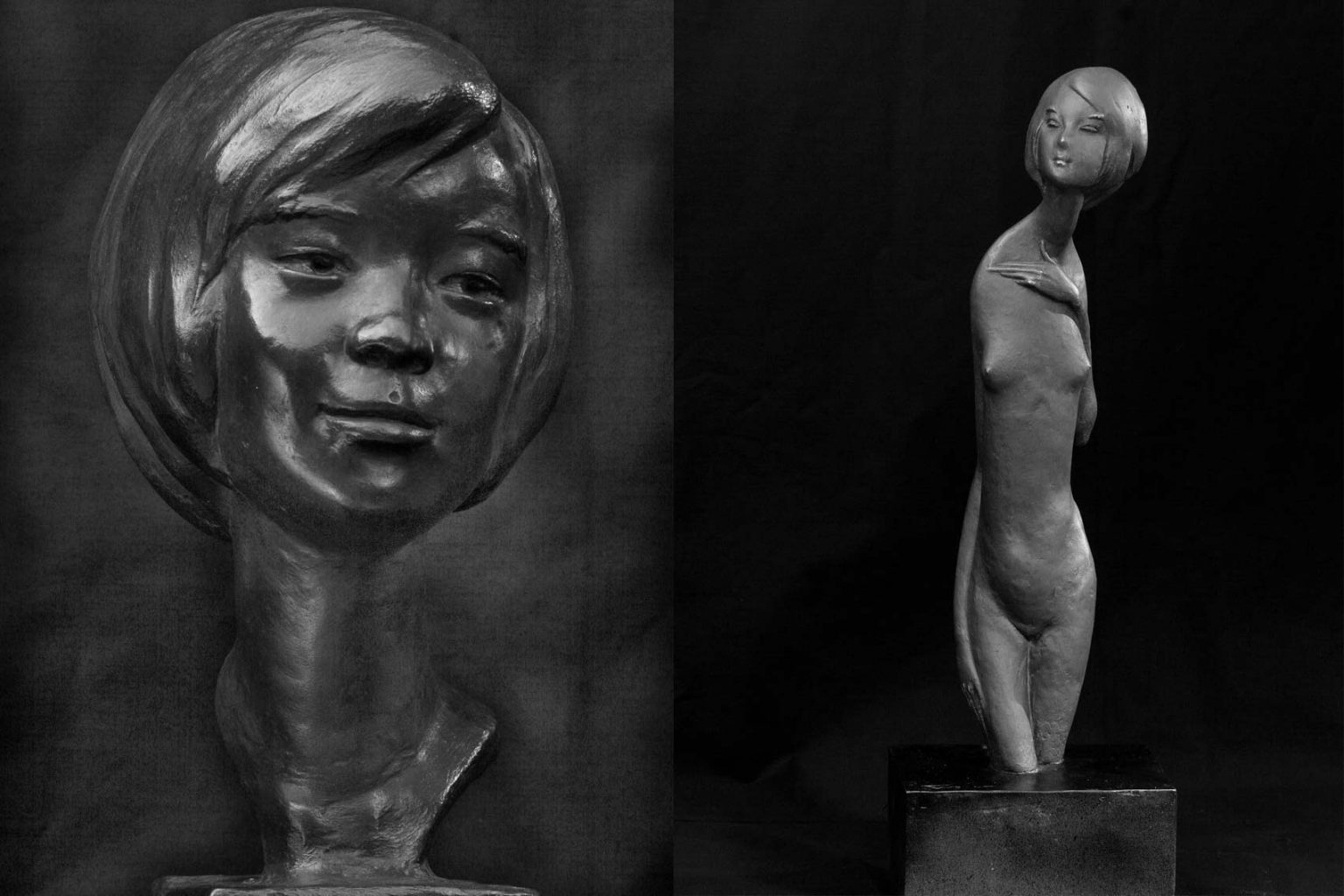 A true measure of mastery in sculpture is the artist’s ability to get to the essence of the form—to manipulate and mold meaning from hard physical material—in order to pronounce the intangible qualities and values that express emotion and the various states of the soul of his subjects.

Today, the evocative presence of sculpture is further challenged. In the Philippine contemporary art scene, only a few sculptors have veered towards simplification, minimalism, or semi-abstraction of form to bring forth the deeper meaning of their works. The gentle reclusive sculptor, Ting Ping Lay, is one of them.

Ting Ping Lay hails from Fujian, China, and took his art studies at the University of Santo Tomas. Ting traces his artistic lineage from his teacher and mentor, the Italian sculptor master Francesco Riccardo Monti, who was the first to teach sculpture at the University of Santo Tomas from 1948 to 1958. Ting graduated from his class with honors and, more appropriately, the distinction as first prize winner in sculpture. He won several medals for his sculptural works in the Philippine National Art Exhibition in 1960 and 1961, establishing himself as a semi-abstractionist with laborers and ordinary folks as his favorite subjects. Later, he focused on the female form in countless poses of repose and exultations.

Today, we revisit the artist’s works with a different perspective and even greater respect. Some writers have recognized Ting as an expressionist, influenced by the German school. But his body of works seems to point another way. Ting’s forms are devoid of the fierceness, rawness, and angst that define German expressionism. His works—although small exquisite heartfelt pieces, either in painted plaster of Paris, terracotta, clay, or cast bronze—reflect depth in their simplest most gentle selves. Here, we see his affinity with lyrical modernist in so far as to his simplification of the human form.

This collection celebrates the sculptor’s lyrical forms revealing facets of the emotions of the various subjects. By presenting the simple essentials, he directs the viewer to the appreciation of the complex interaction of the medium, of the heart, and of the spirit.