Portraits of Shoes, Stories of Feet 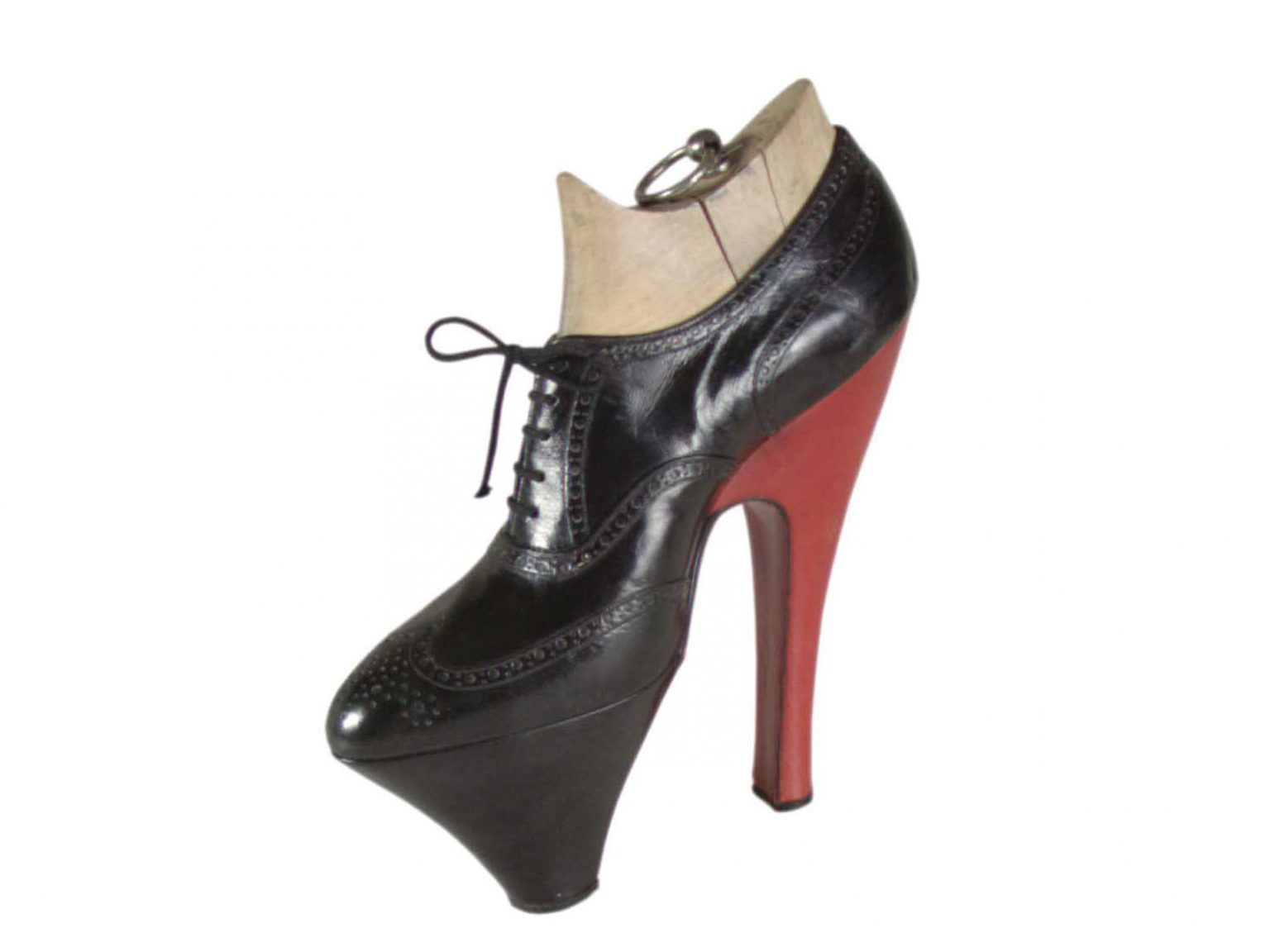 Portraits of Shoes, Stories of Feet is an exhibition of 62 pairs of shoes from the 18th to the 21st century from the Romans International Museum Collection and collections of renowned French fashion houses.

The exhibit freely recalls the history of shoes from the 17th to the 21st century beginning from its creation to its outline and how it came to be. It features dialogues between the old and the modern, between the knowhow bequeathed by past bootmakers and shoemakers, and the creations of visual artists who have studied the subject.

The shoe, at once a functional as well as a symbolic object, has fantastic and marvelous links in cultural history, literature, and dance as seen in Cinderella, Sleeping Beauty, or Puss in Boots. There is a rich field to be mined in the story of shoes and feet, that particular part of the body, the object of much sensual and fetishist interest.

Shoes can be the subject of dialogue between shoes of leather and embroidered shoes or carved wooden shoes, with extravagant and sensual forms, shoes produced and used by different social classes and various cultures.

There are famous shoes like those of Chanel in 1957. Shoes, like fashion, can be reflections of human and social status. For France, shoes are intimately linked to the history of dance since the 17th century to the present as seen in the House of Repetto and its famous ballerina shoes created by the mother of the choreographer Roland Petit. The shoe is also a symbol of victory, with models more and more surprising in the field of sports.

The curator Yves Sabourin also presents the museum pieces side by side with works by contemporary artists in the form of drawings, photographs, videos, performances and installations. He presents a new generation of French bootmakers as well as the portrait of freelance bootmakers and the brothers Rautureau.

In order to reinforce the dialogue of cultures, Filipino artists and designers will bring their contribution: an exhibit curated by Yuchengco Museum entitled “Stepping in Pinoy Style,” featuring traditional Filipino footwear such as the venerable bakya and beaded cochos, several pieces from the Marikina Shoe Museum collection and exciting designs by local designers such as Lila Almario, Cesar Gaupo, Emi Jorge, Brian Tenorio, Maco Custodio, Joanna Litton, and Kermit Tesoro. Composed of 180 pairs of shoes made by 42 wood carvers around Baguio, the art installation of Hans Hangerer and Kidlat Tahimik, with the support of the Goethe Institut, will be presented.

Portraits of Shoes, Stories of Feet is presented by Alliance Francaise de Manille, Yuchengco Museum, and the French Embassy in the Philippines with the support of Cultures France, Air France-KLM, Essilor, and Sofitel Philippine Plaza.