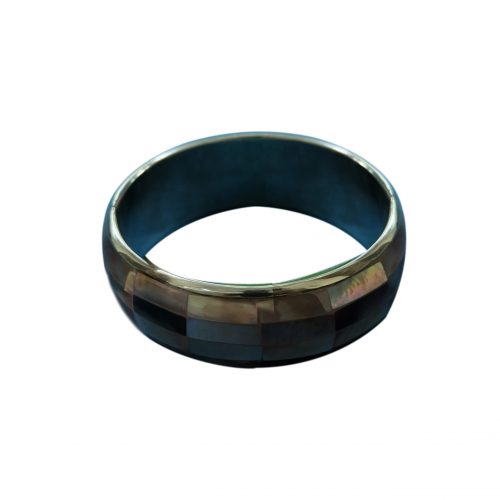 Abalone is a type of marine snail, also known as a marine gastropod mollusc. It’s known by many names, including Paua (Maori name for the shell) and ormer shell (UK term), as well as some not-so-glamorous names like sea ears, muttonfish, and ear shells. It’s famous as a luxury food source and is coveted around the world for its delicious taste.

Abalone has been a valued shell by many cultures around the world, including Native Americans and the Maori of New Zealand.

The shell is believed to hold healing properties and enhances emotional balance and harmony. Holding an abalone shell or wearing jewelry made from this shell is thought to enhance peace, relaxation, tranquillity, and soothing of the mind. It’s perfect to relieve stress and is a good gemstone to have during stressful times. In many cultures, abalone represents water and its cleansing properties. It’s able to put out the fires of emotional and mental stress.

Abalone is lined with mother of pearl, which is believed to enhance creativity, intuition, imagination, and mental clarity. It is believed to connect a person to the highest chakras.